Boasting more than 73,000 acres of 400 active farms — the majority of which are family-owned — Macomb County is an agricultural hub. With an ideal climate for growing, nearly a quarter of the county is farmland. Here are three local family-owned farms and greenhouses to visit this spring and summer. 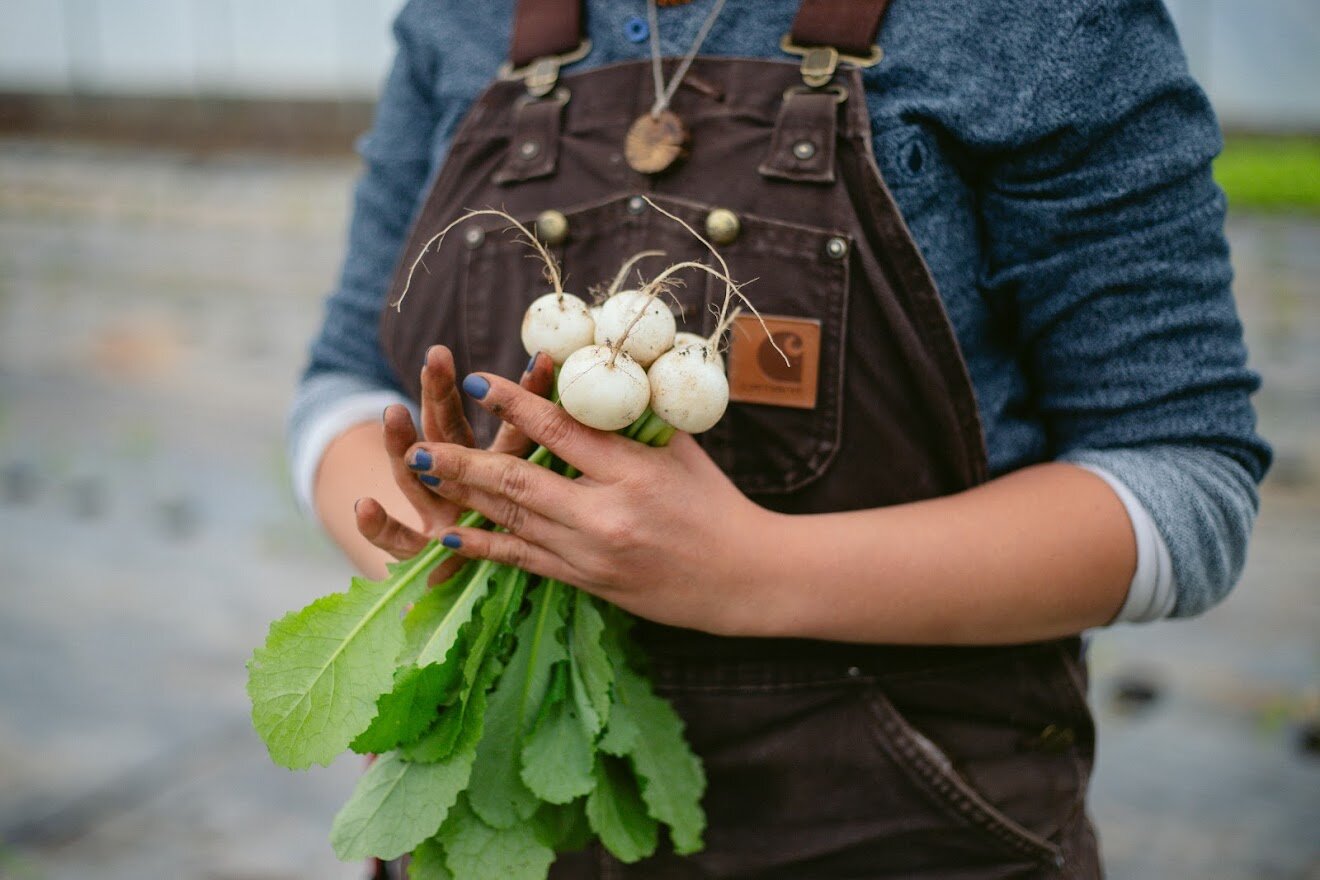 A year later, the Jarochs founded their 27-acre farm, named after the cold frame method they modernized with their larger hoop houses — which allow the farmers to extend the growth and harvest season.

“Basically, it’s me and my husband, but my husband has a full-time job, so he’s not here except for on the weekends,” Lisa Jaroch says. “I’ve got a crew — this year, there’s eight of us all together that do all of the farming, and we start our own transplants. We plan, harvest, and sell.” 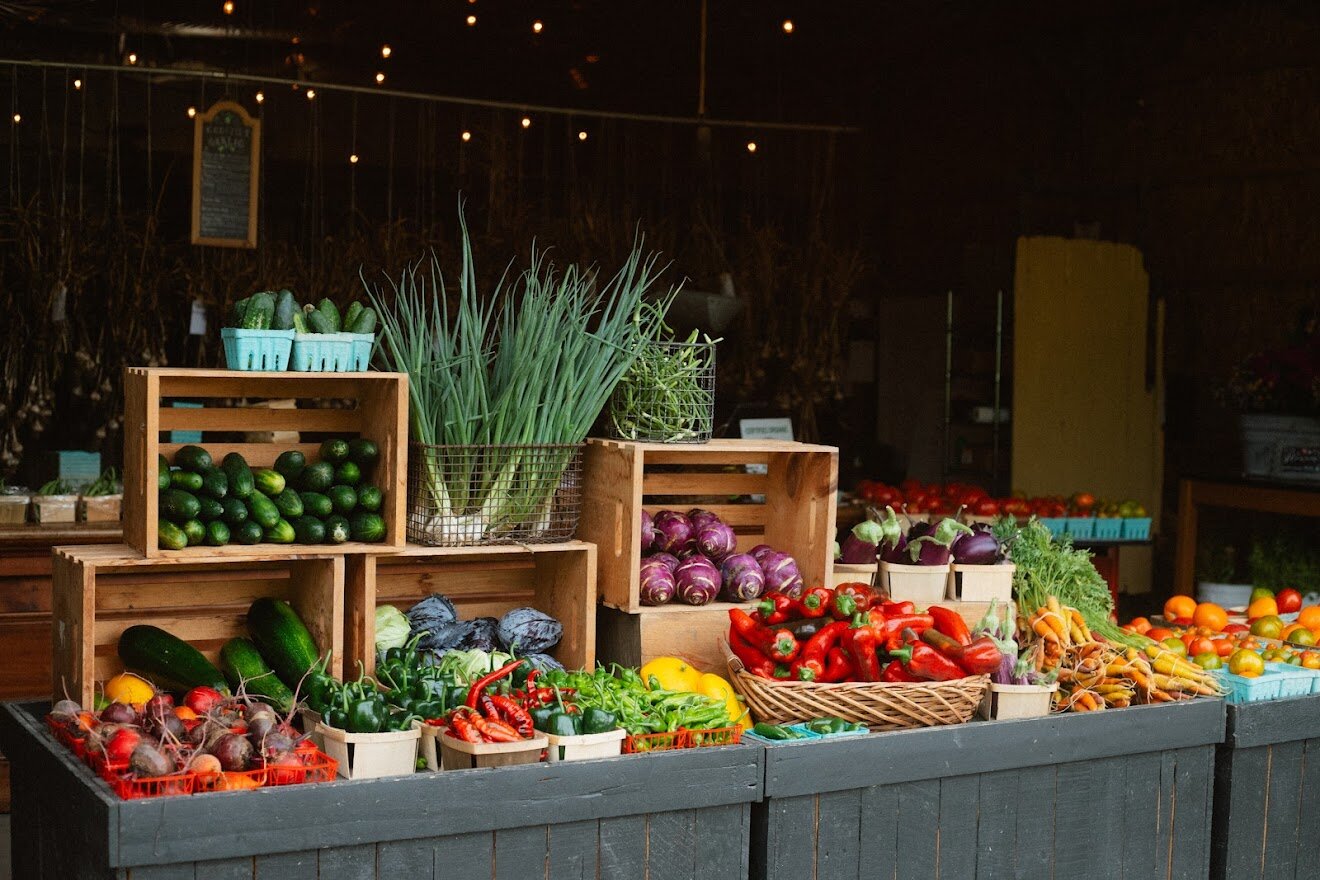 The farm store is open on Fridays and Saturdays and offers products like eggs, fresh produce, honey, baguettes, garlic, cut flowers, herbs, and other grocery essentials.

Cold Frame is a USDA Certified Organic farm. Committed to sustainability, the farm uses an array of regenerative farming practices from utilizing cover crops to maintaining wildflower plantings to having their own bees on the farm to pollinate the plants.

In addition to the farm store, Cold Frame sells produce to four Detroit restaurants and participates in a CSA, or community-supported agriculture system. Cold Frame also offers photo sessions at the farm for floral photoshoots.

“I think people right now like to have a connection with other people — you don’t get that personal attention in the grocery stores, and people like to come here and walk,” Lisa Jaroch says. “It’s very therapeutic. They like to look around, check things out and talk to us about what we’re doing and why we’re doing it, and that building community and relationships with people is key for us, too. We’re making the community a better place to live by doing that.” 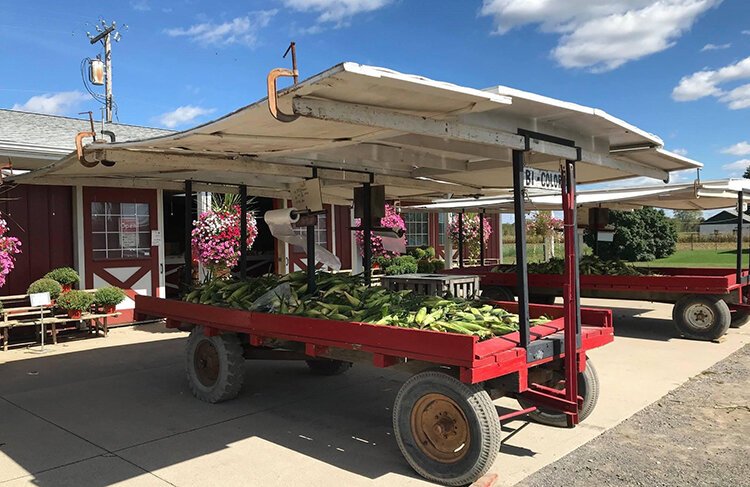 Serving Macomb County for decades, Boyka’s Farm Market is currently owned and operated by Ken DeCock, the third generation of farmers. The second generation, Virginia and Sylvester DeCock, had four boys — Ken DeCock was the oldest.

“We started out like my dad’s parents did, as truck gardeners raising fruits and vegetables and delivering to the Detroit Eastern market or some independent stores that were operating at the time,” Ken DeCock says.

In 1981, Virginia and Sylvester DeCock began selling their produce from wagons on 23 Mile Road, and three years later, they established a building in Macomb. The business is named after Sylvester DeCock, the oldest of three sons of Hilaire and Mary DeCock — who were Belgian.

“When Dad was the first one born, he was born at home, the story goes, and he had difficulty. They said he had a blue tint to him, and they didn’t know if he was going to make it, so his dad baptized him right away,” Ken DeCock says. “He pulled through, and when family and friends came to visit, speaking Flemish they would ask, ‘how’s the little boyka doing?'”

“Boyka” is Flemish for “little boy,” and the nickname stuck. When it was time to put up a sign, the family agreed to name the business in honor of their father.

The farm market offers a wide variety of fruits and vegetables, as well as mums and peanuts. According to Ken DeCock, one unique thing he tries to do each year is grow three different types of sweet corn: bi-color, white and yellow.

The produce sales open around the end of July and continue through late October and sometimes into early November. Customers can stop into the Macomb market — open seven days a week — or they can place an order online for pickup.

“We pick sweet corn when it’s ready — every day it’s out front — and we do a good display of pumpkins and fall vegetables,” Ken DeCock says. “We’ve had quite a few compliments from people who appreciate stopping in and coming from a distance also.” 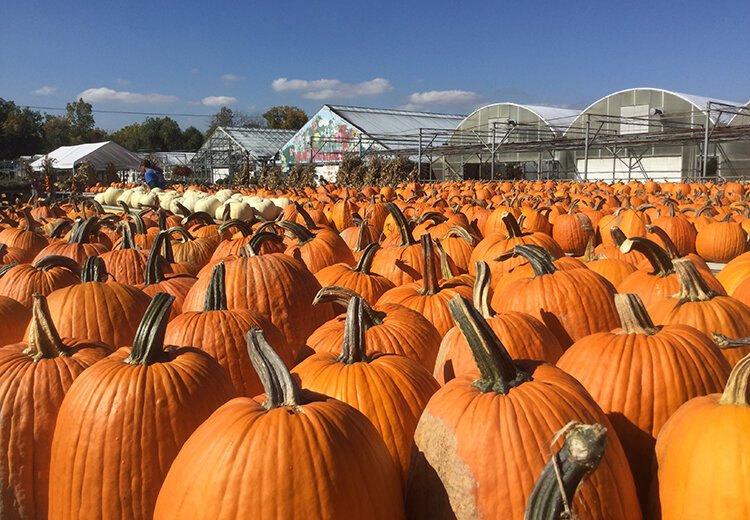 Fall is one of the busiest seasons for the Van Thomme Greenhouses. Photo supplied.

Celebrating 58 years of business, Van Thomme’s was established in 1963 by Blase and Eleanor Van Thomme who rented a 40-acre farm. The family began growing vegetables, followed by flowers, and they purchased the farm in 1967.

“Both my grandparents were farmers — everybody was farmers,” says Carol Van Thomme, daughter of Blase and Eleanor Van Thomme. “They actually started out with produce. When 23 Mile Road was a two-lane dirt road, they had a produce stand out in front. They used to do that, and then they transformed into doing bedding flowers. Then they went to the Eastern Market, and we started giving up the produce and went on to the flowers.”

As Blase and Eleanor Van Thomme have since retired, the farm has stayed in the family and is now run by the couple’s three children.

“My brother, my sister, me, we each do our own areas,” Carol Van Thomme says. “[…] I do the retail and bookkeeping, and my sister does the wholesale. My brother does the maintenance and delivering and spraying. We all pull together and do our thing here.”

The greenhouses offer a variety of hanging baskets, annual and perennial flowers, herbs, soils and fertilizers, fall vegetables, and organic vegetables, including peppers and over 65 varieties of tomatoes. Additionally, Van Thomme’s sells fairy gardens and garden supplies such as wrought iron plant stands.

Van Thomme’s Greenhouses is open year-round, with the exception of January and February, and they sell grave blankets during November and December.

“The fall has gotten really huge, too,” Carol Van Thomme says. “We do use all of the 40 acres here. We do mums out in the fields, we do pumpkins, the heirlooms, pumpkins, gourds.”

Prior to the COVID-19 pandemic, Van Thomme’s Greenhouses also offered special events such as Succulent Garden Workshop and Patio Pot Night where guests can plant their pots together, but such events are canceled for now.

“We’ve been here a long time, we’re a family of farmers and we grow everything here ourselves,” Carol Van Thomme says. 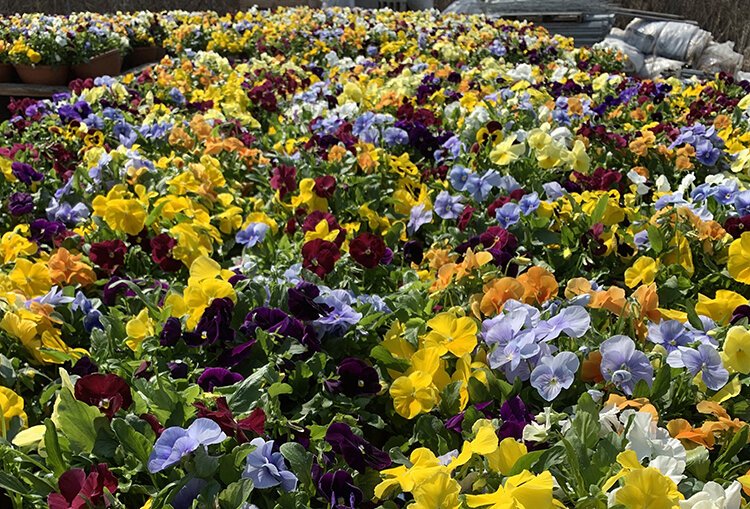 Indiana farmers do more than grow your food; They protect the land too | news