The realities of climate change — including more frequent floods, droughts, wildfires, heat waves, and more — are becoming ever more visible in every country. Agricultural producers face immediate impacts from these weather events. A marked increased in the incidence of pests and more challenging working conditions further harm their ability to grow plants and raise animals to feed people.

Global climate talks and national actions have focused on decarbonizing the power sector to address climate change, but policymakers, scientists, environmental groups, and farmers are increasingly looking at how to transform agriculture to help stabilize our climate. our new book, Farming for Our Future: The Science, Law, and Policy of Climate-Neutral Agriculture, aims to provide the foundation that policymakers need to begin shifting agriculture so crop and animal production can both better handle climate change and contribute to mitigating it . While directed at US policymakers, the lessons from the book are widely applicable in a global context.

Mitigating the harm of climate change

Russia’s invasion of Ukraine has demonstrated the interconnectedness of the world food system. The global food supply chain will feel impacts to and from Ukraine’s grain production for years. And while less dramatic in nature, policy incentives in the United States and elsewhere for farmers to grow animal feed and biofuel feedstock, rather than grains for direct human use, will also have geopolitical ramifications. This use of fertile land means less land is available to produce food more efficiently for people, thus increasing the possibilities of shortages.

Former President Donald Trump’s trade wars with China laid bare the close links between the US and Chinese agriculture. The United States exports about a quarter of the food it produces and imports about a sixth of the food consumed by its population. China is the largest single market for US agriculture, accounting for almost nine percent of total US agricultural exports. China supplies 70 percent of the apple juice and 78 percent of the tilapia fish consumed in the United States as a part of $4.6 billion in food exported from China.

Food production technology also flows around the world. For example, other nations have adopted the US model of large-scale concentrated animal feeding operations. Using this model, Latin America has emerged since 2000 as a major meat producer. Boasting only 8 percent of the world’s population, Latin American countries now produce a quarter of the world’s beef and poultry with enormous harm to the climate. Beef, along with leather and soy beans (mostly for cattle feed), are major export commodities in Brazil that also are driving tropical deforestation and loss of critical carbon sinks.

Global food systems are linked. Agriculture everywhere faces many of the same climate challenges, and agricultural producers around the world can employ similar strategies to increase resilience. Good practices, such as avoiding bare or overly disturbed ground, growing perennial plants, and increasing diversity, build resilience against extreme weather, mitigate climate change, and reduce water pollution. Yet these climate-friendly practices, here and abroad, are employed by farmers on only a tiny fraction of agricultural land; policy change will be critical to accelerating their adoption.

Numerous studies highlight that the global food system as a whole contributes about a third of overall greenhouse gas emissions, and that agriculture itself contributes about a quarter, on a par with the transportation sector. Agriculture’s contributions to climate change largely come from methane, a powerful greenhouse gas about 85 times more potent in global warming over 20 years. Methane is generated by decomposition of manure and in the guts of cows and sheep. Agriculture’s other main greenhouse gas is nitrous oxide, released when nitrogen fertilizer is converted by soil microbes into this greenhouse gas. It is almost 300 times more potent than carbon dioxide. Healthy soils naturally hold a lot of carbon, but sadly most agricultural soils have now been stripped of much of that carbon, a process that also drives climate change.

Many opportunities are available to reduce methane and nitrous oxide emissions while building up the amount of carbon stored in agricultural lands and plants. Soil can be restored to biological health and greater natural fertility by growing cover crops during the winter and by farming with longer crop rotations with plants that introduce a wider range of nutrients. This reduces the need for fertilizers and pesticides, saves costs for farmers, decreases the amount of nitrous oxide released into the atmosphere, and increases the carbon stored in the soil and plants. 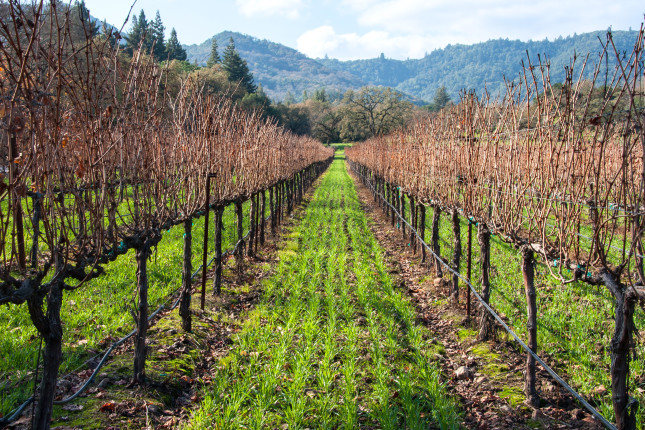 The United States not only exports food and agricultural technologies, but also influences dietary preferences. A Western diet has profound climate and public health consequences, and we see China, Latin America, and many other parts of the world now inching toward the more meat-intensive diet prevalent in the United States.

Meat, particularly conventionally raised beef and dairy products, have a carbon footprint many times larger than that of plant-based diets. If the United States does not reduce the climate impact of its diet, and, even worse, if other countries increasingly adopt such a diet, it will be a disaster for the world’s efforts to stabilize climate emissions.

Governments at all levels can use their enormous procurement power to support the production of food with low-to-no net emissions. For example, the proposed Healthy Future Students and Earth Pilot Program Act would support healthier school lunches that are both more climate friendly and culturally appropriate. Such programs could favor, rather than disadvantage, more plant-based foods as well as climate-friendly meat production.

Government policy affects what, where, and how farmers grow food worldwide. Direct subsidies, governmental outreach and technical support, research and development, environmental regulations, regulatory carve-outs, tax expenditures, and trade programs all shape agriculture in every country. In the United States, for example, support for the renewable fuel standard incentivizing ethanol production from corn drives far more climate unfriendly agricultural production than would otherwise occur. While the politics of change are tough, current and future administrations could reform these programs to accelerate climate-friendly farming.

Whether we will be able to eliminate net agricultural emissions is not a scientific question, but a political one. Our book aims to answer that question and inspire change. After years of completely ignoring agriculture in climate discussion, global forums, such COP26 and perhaps even more so at COP27, are beginning to include agriculture. It is imperative that more talks lead to more action.

Nathan A Rosenberg is a visiting scholar at the Harvard Food Law and Policy Clinic and an adjunct professor at the University of Iowa College of Law. His work focuses on agriculture, inequality, and the environment

Lead Image Credit: Yyoung technical woman working in a field of lettuce with a folder, courtesy of Manu Padilla/Shutterstock.com.