Logo of The Outlaw Ocean Mural Project launched in April 2022

WASHINGTON, DISTRICT OF COLUMBIA, UNITED STATES, April 20, 2022 /EINPresswire.com/ –In a detailed testimonial about his art, muralist Dedablio explains why he joined forces with investigative reporter Ian Urbina to draw attention to human rights and environmental abuses at sea ​​within The Outlaw Ocean Mural Project.

A global effort to disseminate investigative journalism about human exploitation and labor crimes at sea, the project brings together painters from around the world to leverage public creativity with a cause. These paintings are based on the groundbreaking reporting produced by a small, non-profit news outlet based in Washington, DC, The Outlaw Ocean Project. The organization exposes the urgent problems happening on the earth’s oceans including sea slavery, arms trafficking, the climate crisis and overfishing.

What makes The Outlaw Ocean Project a distinct news organization is three-fold. First, the reporting focuses on the more than 50 million people who work in a realm that covers over two thirds of the planet, but whose stories are rarely told. Second, the news-gathering is funded directly by readers and foundations so that the stories can be published for free in over a half dozen languages ​​and more than three dozen countries, which gives it wide impact. Third, the journalism is targeted toward non-news platforms And a younger and more international audience by converting these stories into art. In turn, individuals are able to connect with the issues on a more visceral level.

The Outlaw Ocean Mural Project is part of this innovation and offers a communal display of nontraditional journalism with unmatched effectiveness.

Diego Wilian do Nascimento Ramos, the artist known as Dedablio, is based in São Paulo, Brazil. For the past 15 years, Dedablio has worked as a muralist, comic book writer, photographer and draftsman. He has produced murals in Argentina, Holland and Belarus.

The community painter creates what he describes as “free murals in order to transform public roads into a limitless, dystopian open-air gallery.”

The award-winning artist believes his work can affect real change, especially when it comes to The Outlaw Ocean Mural Project collaboration.

“Painting cannot allow itself to be attracted to the dark side of the human being. It will always be a healing light for the bureaucratic and hierarchical pathologies that plague humans,” said Dedablio. important. ””

Dedablio’s mural can be found in São Paulo, Brazil and is called “Ocean Freedom.”


EIN Presswire’s priority is source transparency. We do not allow opaque clients, and our editors try to be careful about weeding out false and misleading content. As a user, if you see something we have missed, please do bring it to our attention. Your EIN Presswire, Everyone’s Internet News Presswire ™, tries to define some of the boundaries that are reasonable in today’s world. Please see our Editorial Guidelines for more information. 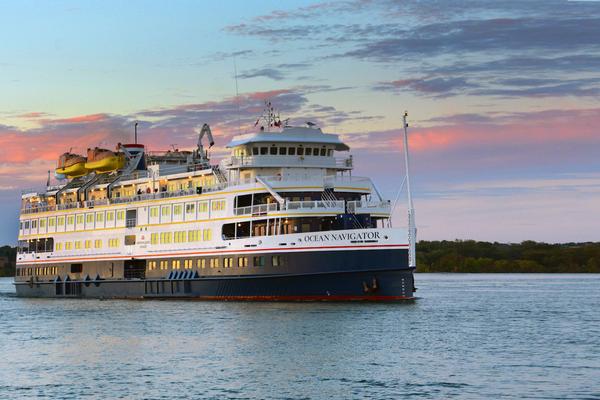 After 92 Years, Ocean Spray Reveals the Power of The Cranberry with New Campaign