Our world is drowning in plastic pollution nearly 8 million tons of single-use plastic and some 700,000 tons of abandoned fishing gear leaking into marine ecosystems each year. Plastic waste hazards marine species. For example, animals become entangled in abandoned nets. Marine birds, fish, whales and sharks are sickened or die when they accidentally ingest plastic. According to the 2017 rate studyaround 90 percent of single-use plastic that pollutes our oceans comes from 10 rivers, 6 off which are in China. No Avenger superheroes can make this problem go away; rather the world needs heroic efforts by consumers, businesses, and governments to curb these plastic leaks. Encouragingly, China’s war on pollution has catalyzed new bottom-up activism and top-down policies that are starting to spur action to reduce plastic leakage.

NGOs: Guardians of the Coastline

Along Shanghai’s coastline, a group of volunteers pick up trash, filling countless nylon bags with the bottles, straws, paper, and plastic that carpet the narrow beaches and paths. This is just one of nearly 200 waste pick-up events that Shanghai Rendu Ocean NGO Development Center has organized since 2007 to engage the public in ocean protection. According to its annual Coastal Trash Monitor Report, Rendu has collected 25 tons of waste, most of it plastic. Styrofoam, the ubiquitous food delivery packaging, makes up more than half of Rendu’s pickups. But recycling these Styrofoam food containers is difficult because of their lightness and food residue.

Rendu is one of 231 NGOs, student clubs, and foundations operating in China that are dedicated to ocean protection. Most were established after 2000. And while these young, small organizations still lack the funding and expertise to solve the problem, they serve a purpose. Rendu’s founder, Liu Yonglong, argues that “the most significant impact of such NGO campaigns is not just cleaning up trash; rather it is increasing citizen awareness and participation around the waste.”

For nearly 40 years, China has been the world’s recycling bin. China began importing waste plastics and other materials in the early 1980s to build a recycling industry to generate valuable feedstocks for Chinese manufacturers. China became an inexpensive outlet for recyclable waste from US and European cities. But as these imports grew, problems with illegal imports and poorly managed waste processing businesses emerged in rural China. The imported plastic recyclable waste also added another 12 percent to domestic plastic waste that China has increasingly struggled to handle. To stop human health challenges and environmental pollution stemming from low-tech waste sorting operations and focus on solving its domestic waste problems, the Chinese government enacted the National Sword policy in January 2018, banning the import of most recyclable waste.

The 13th Five Year Plan (FYP) marks the first time Chinese policymakers developed category-specific plans with clear benchmarks for waste. The plan aims to hit a 73 percent reuse rate for industrial solid waste and a 90 percent treatment rate for domestic waste in rural areas by 2020. The Ministry of Ecology and Environment’s ambitious Zero-Waste City The plan released in late 2018 champions extended producer responsibility, reduction of all forms of urban waste, and a 100 percent recycling rate in 10 pilot cities. To increase recycling rates, Shanghai was the first Chinese city to launch compulsory waste sorting, handing out punishments to citizens and companies that do not comply. Additionally, the governments of Jilin, Hainanand Beijing have either implemented or are rolling out single-use plastic bans and/or waste sorting policies. Such policies are turning up the pressure on cities around the country to set up better data, transport, and waste management infrastructure.

Chinese citizens are increasingly getting their meals delivered on wheels. Every day, more than 20 million food delivery orders are made over the Meituan app alone. Packaging for online goods and food produced a staggering amount of waste in 2017—1.47 trillion plastic bags and 330 million rolls of plastic tape, enough to encircle the earth over 600 times.

China’s food delivery market alone consumes nearly 100 million take-out plastic boxes per day. The potential environmental impact of these mountains of boxes and plastic bags led the NGO Green Volunteer League of Chongqing to take the food delivery app Ele.me to court, demanding it take responsibility for its waste. Some online delivery companies are taking steps to close the loop on their waste packaging to avoid bad press and being taken to court.

Tech giants in China are making efforts to promote recycling and waste reduction. The tech startup, Yellow Dog, installed more than 10,000 smart trash boxes across China for users to recycle waste in exchange for Wechat money. Ant Forest, a mini-charity game embedded in a popular payment app, Alipay, aims to encourage low carbon behavior among consumers. Some 500 million users log their daily low-carbon activities such as using public transportation, walking, and abstaining from plastic bags, in order to earn points to “grow” a tree. Once these e-trees grow to full height, Ant Forest will plant a real tree in different areas, such as Inner Mongolia, Gansu Province, etc. By April 2019, Ant Forest already planted 100 million treescovering 917,000 mu (61,000 hectares) of land. (See screenshot below of my Ant Forest account, where friends sometimes “steal” my saved carbon for their trees, but sometimes they water my tree to help it grow!)

All Hands on Deck: “Avengers” Assemble

The growing presence of plastic in China can be curbed only if all actors in the plastic supply chain participate in the dialogue for change. Top-down solutions alone will not solve China’s plastic waste problem. Educating the public to make plastic-free choices not only creates greater space for this dialogue, but also invites bottom-up solutions, such as Shanghai’s Rendu citizen science initiative, that often puts pressure on lawmakers and corporations to be catalysts of change. So, “all hands on deck!” Both captain and crew (dear reader, even you.) in China and beyond can be a potential plastic waste reduction superhero to halt plastic waste leakage into the ocean. 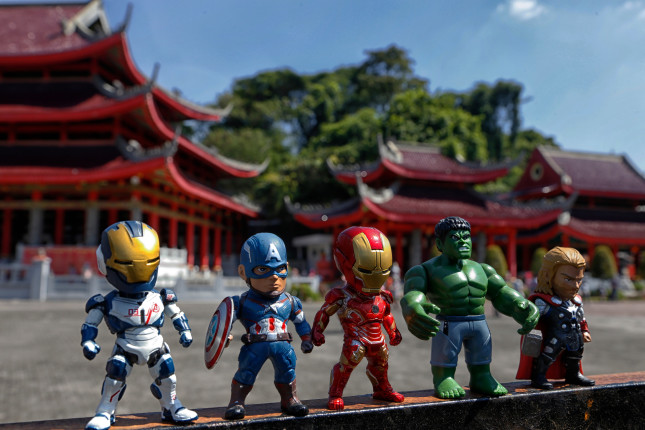 Jiaqiao Xiang was a spring 2019 research assistant at the Wilson Center’s China Environment Forum. He is a Junior Global Leadership Scholar on an exchange at NYU DC and pursuing his Bachelor’s degree at NYU Shanghai.

In San Antonio, the Poor Live on Their Own Islands of Heat

Plastic crisis in Arctic: Pollution just as bad as anywhere else on Earth, scientists warn