Oceans are amazing. Covering more than 70 percent of Earth’s surface, they are among the most valuable natural resources that keep us alive in many different ways. But unfortunately, this big blue planet is under threat of global warming and pollution, particularly involving plastics.

Video of coral bleaching, images of a huge amount of plastic waste accumulating in oceans, and reports of a decline in marine life are among the visible signs of environmental decline.

In Thailand, baby dugong Marium died as a result of ingesting plastic. A dead green turtle in Chumporn had plastic bags and other plastic waste in its stomach. A stranded whale found in Songkhla had 80 plastic bags in its belly, measuring 8 kgs.

Coral reefs in Krabi’s Maya Bay, famously featured in the hit movie “The Beach”, were degraded by warmer seas and overcrowding. Oil spills from a pipeline blackened sand on Mae Ramphueng beach in Rayong. It also killed wedge clams, a biological indicator of And stronger storms driven by global climate change are leading to more erosion and even more intense harmful algal blooms.

As the world marks Earth Day on April 22, and in honor of our oceans, Thai PBS World talked with a national guardian of the Thai seas, Asst Prof Thon Thamrongnawasawat. He shares what he has done to help protect the environment, solutions to save the oceans, and tips for people wishing to follow in his footsteps.

“Yes, the planet is sick. Of course, we are partially to blame for this. We need to work together to heal her and protect her for our future generations,” says Thon, who is the deputy dean of the Faculty of Fisheries at Kasetsart University, as well as a member of the National Committee of Marine and Coastal Resources Management.

However, the marine biology lecturer who received a Ph.D. in marine biology from James Cook University in Australia, notes that the situation of the Thai fisheries has significantly improved thanks to a robust reform program and better management. Thai fisheries are now safer, more legal, and IUU (Illegal, unreported and unregulated) fishing-free following receipt of the EU’s IUU yellow card in April 2015. Furthermore, the absence of tourists from marine parks due to the Covid-19 pandemic has given nature a chance to recover.

Spilled oil contributes waste to the oceans as it contains harmful chemicals that are toxic. In addition to damaging the marine environment, it can kill sea creatures and ruin a day at the beach.

“Oil spills are more common than you might think. Most of them are small, for example, they occur while refueling a ship, but they can still cause damage to the environment,” says Thon, adding that a large spill is a disaster and the consequences to the ecosystems can be felt for years.

For the recent spills off Rayong, the marine scientist says his team provided scientific support to the clean-up operations team in order to make smart decisions that protect people and the environment, measure the impacts of pollution and help the ocean recover.

Thon says fixing the oil spill problem can be a herculean task, one that requires a big investment and collective efforts from all parties. The installation of an oil spill detection and monitoring system, along with satellite technology and advanced tools plus the collaboration of expert teams may be needed to help protect the Thai seas.

“Someone broke the window of your car when you parked it on a public road in front of your house. If there is a camera or CCTV, police can prove who did it,” he says.

“Oil spills can occur anywhere in the oceans. It’s hard to identify the sources. Countless ships travel in international waters. They come and go. A recent spill early this month was visible in the waters near Chon Buri’s Koh Si Chang. We didn’ t know where the crude oil came from, ”Thon says.

To solve the problem effectively, he stresses that at least most of the sources of spills must be identified. Right now, the sources of more than half of oil spills in the country remain a mystery.

“We need to tackle the root of the problem – to identify sources of spills. The clean-up of the beach is like locking the stable door after the horse has bolted,” the expert says.

Saying’no’ to single use plastic

Pollution is rampant, particularly when it comes to plastic. Plastics in oceans is a global issue, Thon says, adding the oceans have no boundaries so marine litter gets carried far away by ocean currents. And most of the plastics that end up in the sea come from land-based sources.

Thailand is one of the biggest plastic waste polluters. It’s the world’s 10th biggest contributor of ocean waste. The nation generated 25.37 million tons of waste in 2020. Of this, around 3 million tons (or 12%) were plastic and foam, according to figures from the Pollution Control Department (PCD).

The Department of Marine and Coastal Resources revealed that the plastic waste found in the seas in 2021 included water bottles, bags, foam, plastic bottle caps, and food containers.

To stop marine litter, Thon says, a lot of solutions including reducing the use of single-use plastic, improving waste infrastructure and moving forward with a circular economy are needed.

“Our obsession with plastic continues and the pandemic is making it worse. We need to kick it to help save the planet,” he says, noting that more people now opt for food and goods to be delivered to their homes.

According to the PCD, around 9,600 tons of waste was generated every day between January and April 2021 throughout the country. That’s 139 grams of plastic waste per person, per day with packaging making up 38.2 percent. And only 25 percent of the plastic was processed for reuse.

“A lot of campaigns on plastic waste reduction have been launched in recent years. I’m sure we’ve learned to get rid of it. But now, it’s time to get serious about it. Reduce the amount of plastic you use, get Reusable bags, support green stores and shops, just that kind of basic stuff. Actions speak louder than words. So, be aware of and put that saying into play to show how you care for the planet, ”he said. 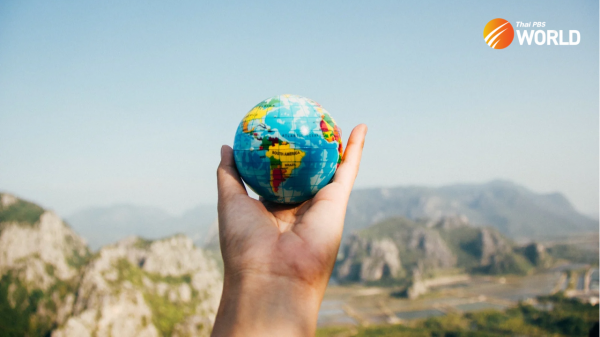 The rise has been occurring at a faster rate in recent years and is forecast to get even worse in the most serious issue, Thon says, is the impact of rising temperatures in the world’s oceans and increased acidification – both the result of climate change. coming decades, he notes.

“Coral bleaching is occurring more frequently worldwide and in Thailand too. And the time between events is now shorter, not giving enough time for coral on damaged reefs to fully recover,” he says.

Most of the coral reefs in Thailand have been damaged by warm seas and unchecked tourism, according to the veteran ecologist.

He has been widely credited with restoring the marine ecosystem of Maya Bay, which falls under the supervision of Hat Noppharat Thara-Mu Phi Phi National Park, in Krabi.

The bay was closed for three and a half years to help restore flora and fauna. It re-opened to tourists earlier this year, with certain rules and regulations.

He explains that blue carbon is the carbon stored in coastal and marine ecosystems such as mangroves and seagrasses. And protection and restoration of coastal ecosystems play a role in reducing. the impacts of global climate change.

The award winner shares one of his tips for a better environment – ​​driving a green electric car (EV). The eco-friendly car emits fewer greenhouse gases and air pollutants than petrol or diesel cars.

“It’s relaxing. It’s a relief, honestly, fewer greenhouse emitted from my EV car. It’s better for our planet,” he says with a grin.