Humans need water for survival but most of the planet’s water is inconsumable.

Why is that? The answer is short and simple: The majority of Earth’s water supply on the surface comes from the oceans (96.5 per cent), which is comprised of saline. Oceans encompass about 70 percent of the planet’s surface.

READ MORE: Cool down with these 5 summer drink mixes for all ages

While it is still water, seawater contains too much salt for human ingestion. Although people can safely consume small amounts of sodium through various foods, the salt content in ocean water is “much higher than what can be processed by the human body,” according to the National Oceanic and Atmospheric Administration (NOAA).

“When we consume salt as part of our daily diets, we also drink liquids, which help to dilute the salt and keep it at a healthy level,” NOAA states. “Living cells do depend on sodium chloride (salt) to maintain the body’s chemical balances and reactions. However, too much sodium can be deadly.”

As well, human kidneys can only generate urine that contains less saline than saltwater. As a result, to rid yourself of all the excess salt absorbed by drinking seawater, you would have to urinate more water than what you drank, NOAA said. “Eventually, you die of dehydration even as you become thirstier,” the governmental body added.

Amount of salt in the oceans, water on the planet

Dissolved salt makes up approximately 3.5 percent of the weight of seawater, according to NOAA. 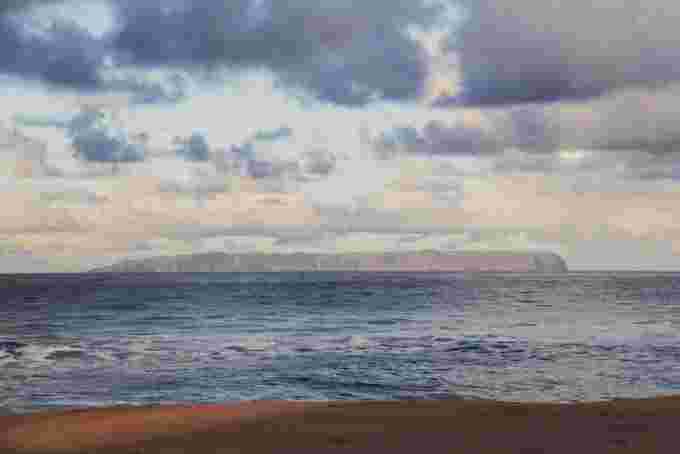 Estimates have been made on the amount of salt in the oceans. For example, if you removed all of the saline and distributed it evenly across the Earth’s land surface, it would create a layer exceeding 166 meters (500 feet) thick, according to the United States Geological Survey (USGS). In other words, it is about equal to the height of a 40-storey building.

So, where did all of the salt come from? The oceans’ saline content originates from rocks on land, the USGS added.

Also noteworthy is if Earth’s entire water sources were put into a sphere, the diameter of it would be about 1,385 kilometers — a bit more than the distance between Salt Lake City, Utah, to Topeka, Kan., according to the USGS’ Water Science School. 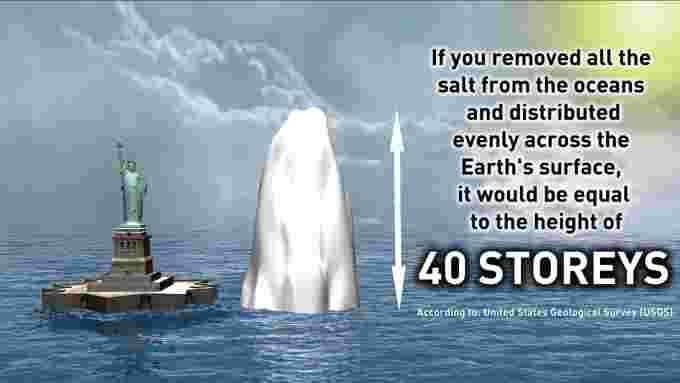 The volume of all water would be about 1,386 million cubic kilometers (km3). To put that into perspective, one cubic kilometer of water equals about 1 trillion liters, the organization said.

WATCH: Drinking wastewater could be the way to beat drought in the West

An Interstellar Object May Have Struck Earth. Scientists Plan to Search The Ocean

5 things you should know about the UN Ocean Conference, a chance to save the planet’s largest ecosystem |